Persons or families with claims concerning injuries or death as a result of a cruise ship accident should consult with an attorney familiar with maritime law. The lawyer should be especially experienced with handling cases where the ship owner files a Limitation of Liability action in an attempt to escape responsibility. Anthony Bisignano, of The Bisignano Law Firm, was appointed Liaison Counsel on behalf of injured victims and families of wrongful death in one of the worst mass transportation maritime accidents in the history of the City of New York. When the ferry boat, Andrew J. Barberi, crashed into an auxiliary pier, the City of New York attempted to escape responsibility to compensate the victims and families of the crash by hiding behind a legal loophole created by an antiquated 19th century statute. In a hotly contested case, at the trial court level, Mr. Bisignano successfully defeated the City’s attempt to limit its liability to the value of the ferry boat. The City appealed the trial court’s decision and the Federal Court of Appeals for the Second Circuit affirmed the responsibility of the City of New York. Mr. Bisignano successfully guided a litigation in which more than $90 Million Dollars was recovered against the City of New York on behalf of all the victims and families of the deceased. 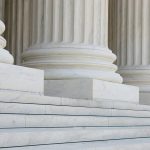 The Legal Rights of Passengers Injured Aboard Cruise ShipsBlog Posts