The Legal Rights of Passengers Injured Aboard Cruise Ships

The legal rights of cruise ship passengers are determined by Maritime Law. The ancient doctrines of Maritime Law are not consumer oriented and usually insulate the ship owner from responsibility even in the most horrendous disasters. The old laws were made with the intent of economically protecting ship owners from the most legitimate of claims. In the modern age of exotic vacations aboard palatial floating hotels the rights of the consumer, as governed by these antiquated laws, are comparable to a lower class accommodation.

For example, if a passenger cruise ship is involved in a collision and the captain of the ship clearly is negligent in causing the accident, the owner of the ship will file an action for Limitation of Liability in an attempt to limit its liability to the value of the ship. This means that all passenger claims for damages, including property damage, personal injury and death, will be capped. In the event that all total claims exceed the value of the ship the claimants will walk away without proper compensation. This legal maneuvering was used by the owners of the Titanic who attempted to limit their liability to the value of a few life boats in one of the worst maritime disasters of all time.

The cruise ticket you purchase, which most people never read, controls your legal rights in its written terms and conditions. Time Limitations to bring a claim may be shortened to one year as opposed to State laws that allow three years. Forum Selection clauses allow a ship owner to designate the place and court where any claims can be brought. So even though you purchased your ticket from a local travel agent or even on line, your case must be filed in Florida State Court. Additionally, the ticket may designate the Choice of Law to be applied to a case. This can drastically reduce compensation where the laws of a foreign country apply instead of those of the United States of America. Disclaimers of Liability are typically included within these tickets which is a further attempt by ship owners to disclaim any responsibility for all types of losses. 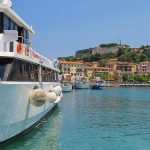