On Friday, January 13, 2012, at approximately 9:45 p.m., the Italian cruise ship, Costa Concordia, while carrying 3,200 passengers and approximately 1,000 crew members, ran aground or struck a reef. A gash in the side of the ship caused it to capsize on its side in water fifteen to twenty meters deep near the island of Giglio off the coast of Tuscany. The Costa Concordia had departed for a Mediterranean cruise to include ports in Civitavecchia, Palermo, Cagliari, Palma de Mallorca, Barcelona, Marseille and Savona. Dozens were injured, many were unaccounted for and six are known to be dead. There were conflicting reports about whether the ship was off course in reef-filled waters just miles from the shore, or whether an electrical failure had caused the crew to lose control. Passengers spoke of faulty evacuation procedures and unprepared staff who told them nothing was wrong until the ship began tipping over.

The Captain of the ship, Francesco Schettino, faces possible charges of manslaughter, failure to offer assistance and abandonment of ship. Captain Schettino maintained that the ship hit a reef that was not on navigational charts and not detected by radar equipment. The owner of the Costa Concordia is Costa Crociere S.p.A. doing business as Costa Cruises. It is a British-American owned Italian cruise line, based in Genoa, Italy. It was acquired by the American cruise line company, Carnival Corporation, as a subsidiary of Carnival Cruises in 2000.

The President of the Costa Cruises, Gianni Onorato, said the ship had been sailing its regularly scheduled itinerary from Civitavecchia to Savona, Italy, when it struck a submerged rock. He immediately defended the company claiming that the actions of the captain was a maneuver that protected passengers and crew members. He also said that normal lifeboat evacuation had become “almost impossible” because the ship had listed so quickly.

We can expect that corporate ownership will attempt to escape all legal responsibility from this disaster. The ship owner will certainly take advantage of any maritime or international laws available to avoid legal liability and seek exoneration from fault. Any claims made by passengers and families for personal injury and wrongful death against the ship owner will raise possible causes of the accident including human error, technical problems, improper crew training and failure of the ownership to be aware of existing problems and have appropriate policies and procedures in place.

The Legal Rights of Passengers Injured Aboard Cruise Ships

The legal rights of cruise ship passengers are determined by Maritime Law. The ancient doctrines of Maritime Law are not consumer oriented and usually insulate the ship owner from responsibility even in the most horrendous disasters. The old laws were made with the intent of economically protecting ship owners from the most legitimate of claims. In the modern age of exotic vacations aboard palatial floating hotels the rights of the consumer, as governed by these antiquated laws, are comparable to a lower class accommodation.

For example, if a passenger cruise ship is involved in a collision and the captain of the ship clearly is negligent in causing the accident, the owner of the ship will file an action for Limitation of Liability in an attempt to limit its liability to the value of the ship. This means that all passenger claims for damages, including property damage, personal injury and death, will be capped. In the event that all total claims exceed the value of the ship the claimants will walk away without proper compensation. This legal maneuvering was used by the owners of the Titanic who attempted to limit their liability to the value of a few life boats in one of the worst maritime disasters of all time.

The cruise ticket you purchase, which most people never read, controls your legal rights in its written terms and conditions. Time Limitations to bring a claim may be shortened to one year as opposed to State laws that allow three years. Forum Selection clauses allow a ship owner to designate the place and court where any claims can be brought. So even though you purchased your ticket from a local travel agent or even on line, your case must be filed in Florida State Court. Additionally, the ticket may designate the Choice of Law to be applied to a case. This can drastically reduce compensation where the laws of a foreign country apply instead of those of the United States of America. Disclaimers of Liability are typically included within these tickets which is a further attempt by ship owners to disclaim any responsibility for all types of losses.

Persons or families with claims concerning injuries or death as a result of a cruise ship accident should consult with an attorney familiar with maritime law. The lawyer should be especially experienced with handling cases where the ship owner files a Limitation of Liability action in an attempt to escape responsibility. Anthony Bisignano, of The Bisignano Law Firm, was appointed Liaison Counsel on behalf of injured victims and families of wrongful death in one of the worst mass transportation maritime accidents in the history of the City of New York. When the ferry boat, Andrew J. Barberi, crashed into an auxiliary pier, the City of New York attempted to escape responsibility to compensate the victims and families of the crash by hiding behind a legal loophole created by an antiquated 19th century statute. In a hotly contested case, at the trial court level, Mr. Bisignano successfully defeated the City’s attempt to limit its liability to the value of the ferry boat. The City appealed the trial court’s decision and the Federal Court of Appeals for the Second Circuit affirmed the responsibility of the City of New York. Mr. Bisignano successfully guided a litigation in which more than $90 Million Dollars was recovered against the City of New York on behalf of all the victims and families of the deceased. 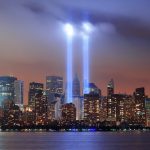